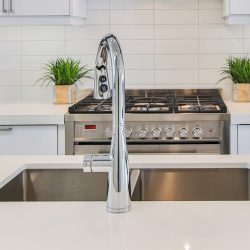 How big is the typical kitchen sink? This is an article for those looking to install a kitchen sink and want to know what the most common sizes are that they might have to work with. We’ll use some specific examples, but we’ll also give some general dimensions for single and double basin sinks. Keep in mind, Read more about How big are sinks? Typical Kitchen Sink Dimensions[…] 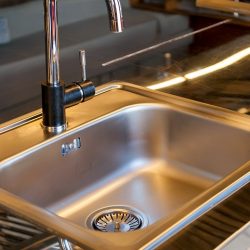 For those in the market for a farmhouse sink, one aspect worth consideration is how easy the sink is to keep clean. These days farmhouse sink styles and materials abound and choosing one that fits well with your lifestyle is certainly attainable. A little digging can uncover the best option for you based on a number Read more about What is the easiest sink material to clean? (three most common)[…] 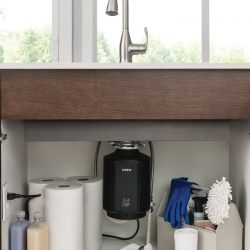 The argument for garbage disposals is a strong one.  In most new construction, particularly with town homes and condos, garbage disposal units (usually cheap ones) are included and recognized as a standard appliance. Particularly in the United States, they have become a popular and convenient to keep your kitchen cleaner. But do they really improve your Read more about 5 Ways Garbage Disposals Can Make Your Life Easier[…] 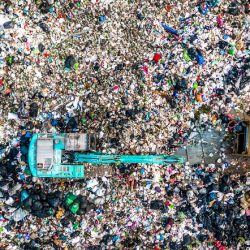 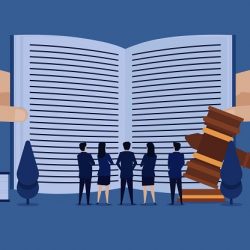 What are the garbage disposal laws that United States residents need to be concerned about? Since we live in Virginia, and are currently looking at buying a new garbage disposal, I decided to do a little research on this topic, which is surprisingly political. Given their environmental impact, garbage disposals have been a topic of Read more about Garbage Disposal Laws: What are they?[…] 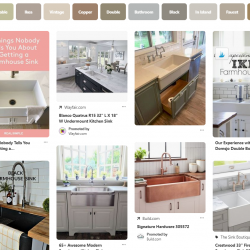 First, it’s important to point out that not ​all ​farmhouse sinks are super expensive. In fact, you can checkout our list of the best farmhouse sinks for some that are quite budget-friendly. However, it’s true that generally speaking, farmhouse sinks – like the ones with the exposed apron front – are more expensive than traditional top-mount sinks. But Read more about Why are farmhouse sinks so expensive?[…] 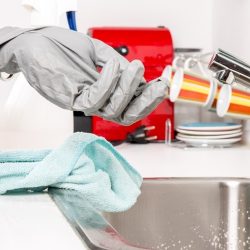 Image via Kraus on AmazonWhen my wife and I renovated our kitchen, we bought a Shaw farmhouse sink that was a clean, soft white color. It looked great, but for awhile we were kind of nervous to even touch it. Cleaning it seemed especially tricky, since the white fireclay material quickly got dirty, but seemed Read more about How to Clean a Farmhouse Sink (fireclay, copper, & steel)[…] 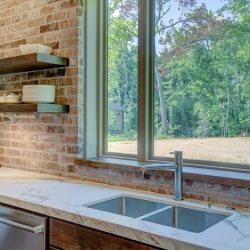 If you look at the approximate cost of garbage disposals you’ll find a range of pricing from about $50 on the low end, all the way up to just under $400 on the high end. For some people this is a lot of money, especially for a device of which you might not totally understand Read more about Are garbage disposals worth the money?[…] 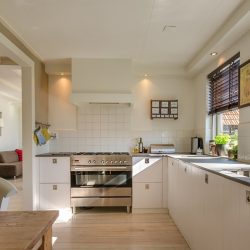 The strength of a garbage disposal is measured primarily by its horsepower rating (usually abbreviated HP). Other numbers like the motor’s RPM can also come into play, but most of what you would assume about a garbage disposal’s grinding power can be linked to that HP number. This number usually ranges from 1/3 HP on the Read more about What HP garbage disposal do I need? (horsepower)[…] 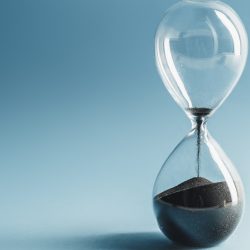 Motor inside a garbage disposalLike any home appliance or electrical device, garbage disposals will – at some point – run out of life or “burn out.” This usually happens in the form of a motor failing or some kind of electrical malfunction. It’s important to know the difference between this, which is an end-of-life issue, Read more about How long should a garbage disposal last?[…]