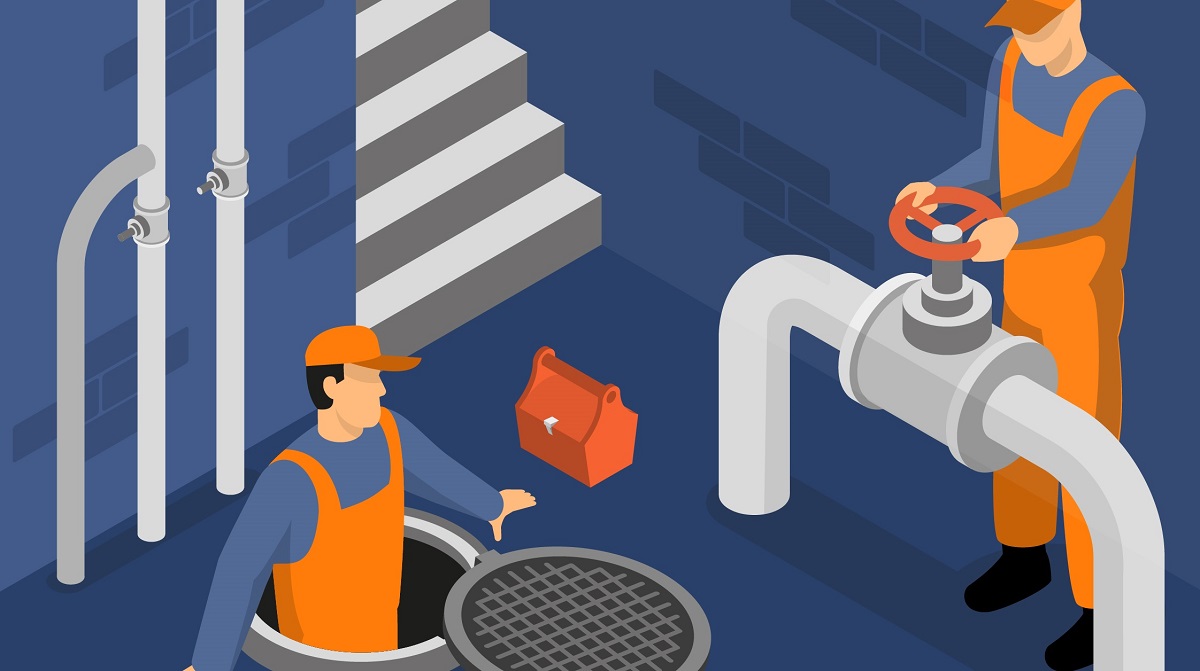 A generally bad-smelling garbage disposal is not entirely unusual. However, if you can be more specific about what those smells remind you of, it becomes easier to identify and correct the problem. The type of smell will tell you something about where it's coming from and whether it's actually originating at your garbage disposal or somewhere else in your home's plumbing.

In this article, I'm addressing some of the possible causes if your garbage disposal smells like sewage, coming out of the sinkhole.

If your garbage disposal smells like sewage it's likely from one of two sources:

We'll address the four most common problems based on these two scenarios. Keep in mind, if at any point you aren't comfortable or confident about troubleshooting a garbage disposal or sewage-related problem, call a plumber and get some help.

If you think you might need to replace your unit, checkout our roundup of the best overall garbage disposals.

First up, the dreaded (yet simple-to-fix) garbage disposal clog.

The P-Trap (also sometimes called an S-Trap) is a curved pipe that is designed to retain fluid and prevent sewer gases from from making their way into your home through things like your garbage disposal or bathroom sink. 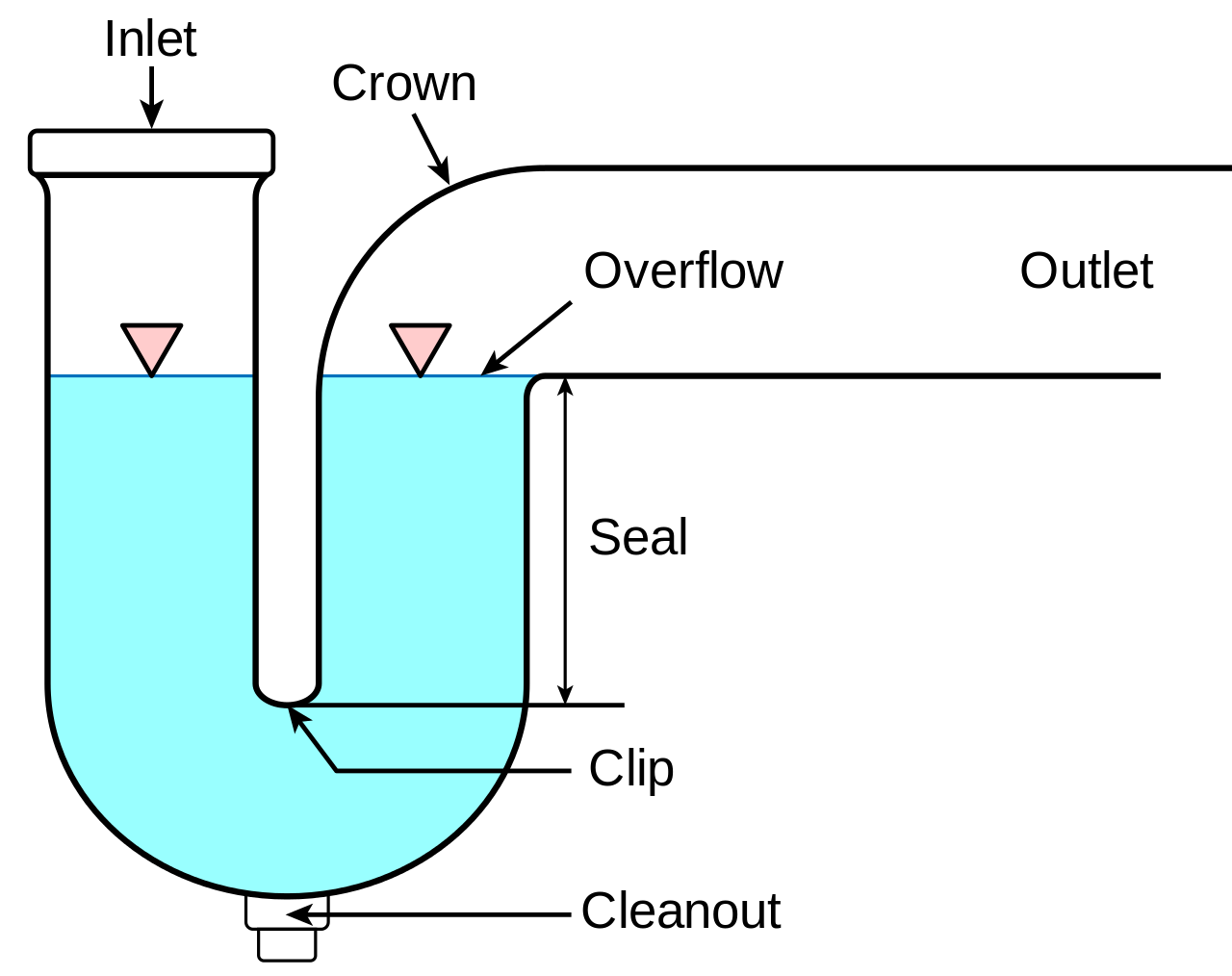 Example of a P-Trap pipe with water. Image via Wikimedia Commons

If this pipe dries out, sewage gases can flow freely up through your garbage disposal and sink. An easy way to tell is if the sewer smell is only coming from one sink location in your home as opposed to several at once, since you'll have P-Traps in bathrooms as well as your kitchen.

Should this be the source of your problem, it's likely going to require a plumber to fix, unless you're really handy and feel confident about troubleshooting yourself.

Personally, I don't recommend it.

This brings us to our second non-sewer fix: A basic garbage disposal cleaning.

While it's similar to a clog, garbage disposals can smell bad even without having something specifically stuck in the blades or spinners. Sometimes you'll just get a food waste build up, perhaps from grease or heavy fats. This type of waste can cause a film or "gunk" to build up which might smell like sewage.

In this situation, there are actually a few different products you can buy for cleaning.

Not only will these help dislodge and remove grime from the interior of your garbage disposal, but they'll also do the same for the pipes running out of the unit, in case they've accrued some build-up as well.

In less severe cases, grinding up a few pieces of sliced lemon or just using soap and warm water can be enough to clean a garbage disposal and get rid of the sewage-like smell.

The last culprit could be the ventilating mechanism for your sewer system.

Sewer gas stinks (obviously) yet it all must have somewhere to go. This is solved by a ventilation vent that carries the gas outside of your house, usually in the form of a small tube on top of your roof. If that tube gets clogged, perhaps by leaves or debris, you might start noticing a sewer smell, not just from you garbage disposal but from all the sinks in your house, which is an important distinction.

That'll be the main difference between a P-Trap problem and full ventilation problem. Before you climb up on your roof, be sure and check to see if the smell is coming out of bathroom sinks as well as your kitchen sink.

If so, it's almost certainly a problem with ventilation.

And if you aren't comfortable trying to unclog it yourself, again I would advise calling a plumber.

If your garbage disposal smells like sewage, you're either smelling actual sewage or just something similar that isn't from your sewage system. It's highly likely that you're dealing with one of the four problems mentioned here, which - in some cases - may not require the help of a plumber.

In situations where you're confident it's an actual sewage odor, check the P-Trap and/or ventilation, if you're comfortable with the DIY side of those tasks.

Otherwise, a plumber should be able to make quick work.

On the other hand, if it's just a clog or a cleaning needed, some lemons and soapy water might be all you need to relieve the smell.

2 thoughts on “My Garbage Disposal Smells Like Sewage: What to do?”