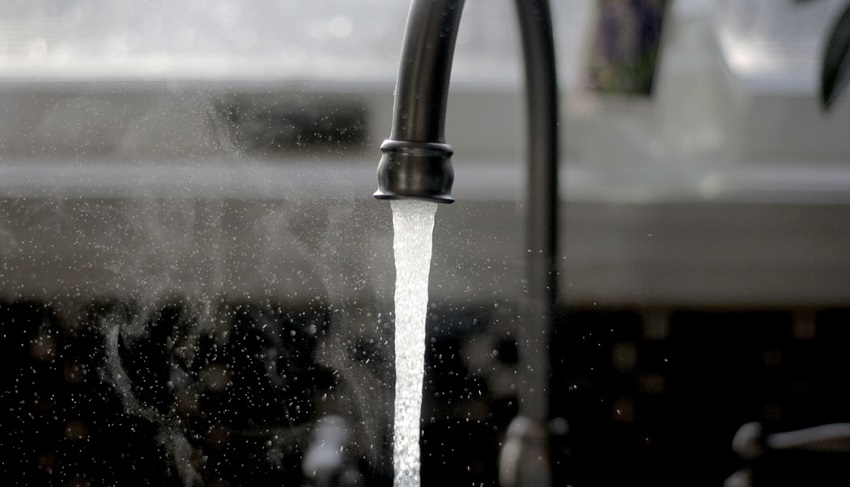 Paige is a mom of three, researcher, enthusiastic DIYer, and lightning fast typer.

I don’t know about you, but when I hear this term I tend to think that describes my tap or a bottle of water I pick up just by virtue of the fact that I live in an industrialized country in 2019. Beyond that I don’t actually give much thought to the purity of the water I drink on a regular basis.

I usually just take for granted that my water source and the resulting stream of cool, thirst quenching liquid is fit for consumption unless something seems “off” about it. However, most water is not “pure” in the strict sense of the word.

In actuality, water can be contaminated by lots of different things involving many factors and ranging in degree of health threats that they pose. For this reason there are a variety of water filters available. I would like to take a closer look at what those systems are designed to remove and hopefully help bring some clarity to which one is right for you.

The Sources of Your Drinking Water

As I dig into this issue I have to note that the source of water is a big part of what may be in (or missing from) the water we drink. For example, homes with wells or cisterns should have their water tested in general with note being taken of total coliform in particular.

On the other hand, if you have a public water source a report goes out every year detailing the contents of your water. If you don’t see this report in your bill by July 1 of each year, contact your local municipality because they are required to give you this information. The good news is that no matter what you are trying to address in your water there is likely a specific kind of filtration system to target the problem.

So, what does a water purifier remove?

Let’s take a look at some of the most common issues people have with their water.

What does a water purifier remove? Common Contaminates

Some of the more harmful contaminates found in drinking water include, but are not limited to:

The health threats that this list pose range from infertility to cancer, as well as kidney and liver disease which are all usually a result of long term exposure to infected water. There is also risk of more acute illnesses associated with exposure to microorganisms found in water. Some examples of these types of illnesses include giardia, E. coli, H. pillory and Camfilobacter which all cause sever gastrointestinal distress.

The Value of Testing First

Before you panic (and switch to drinking juice or beer exclusively), keep in mind that not everyone needs a water purification system and so it is important to have your water tested at a water treatment plant or by another such licensed entity if you are considering a filtration system. Doing so can not only give you helpful information about what you may be exposed to but also help put your mind at ease when there is something NOT to worry about. Information is power and so I recommend starting with testing before you choose a type of filtration system.

After you have an idea of which culprits lurk in your water, you will be able to narrow down your search for a filter based on what the filter removes and how it works. In general, filters can be divided into two different types:

Physical filters remove bigger particulate using a barrier of some sort. This is the first line of defense against impurities due to the fact that these contaminates are larger than their chemical counterparts.

Most physical purifiers will either use a cartridge filter or a technique known as backwashing to act as a sieve which removes larger particles from the water before chemicals can be taken out. 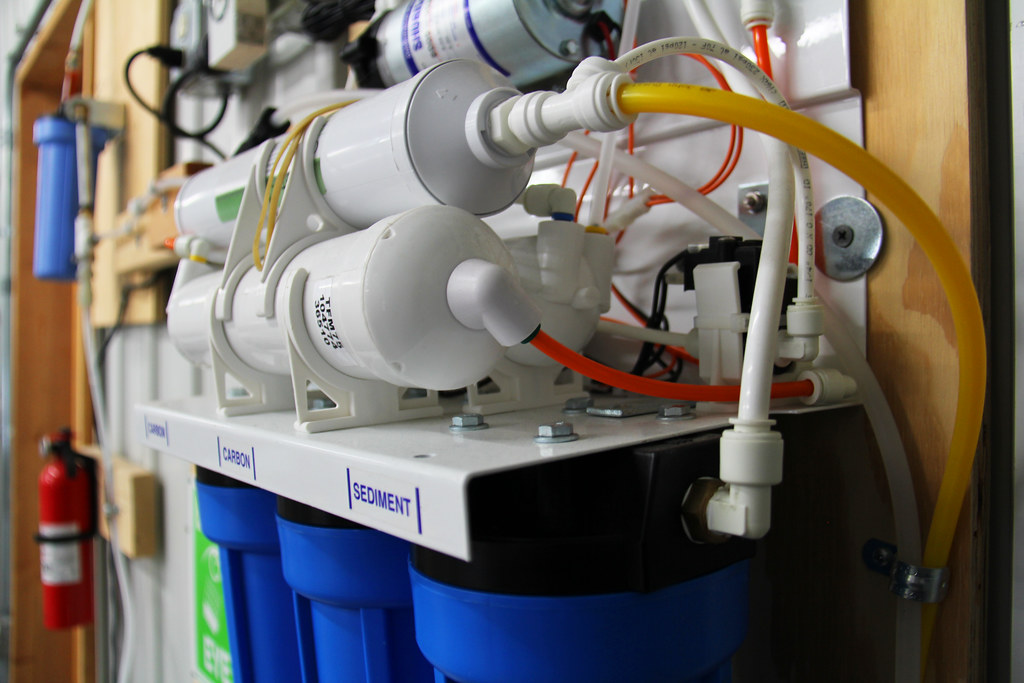 Assuming the water has both larger mineral components as well as unwanted chemicals, the next step would be to use a chemical filtration system. Surprisingly, these systems don’t work by actually adding any chemicals into the water but by reacting with the chemicals already present to change their properties. Three such methods are Bone Char, Ion Exchange and Granular Activated Carbon known as GAC. Each of these techniques specialize in removal of one or more type of impurity.

Bone char is particularly useful in removing Fluoride from water. This method works by using calcium (specifically, hydroxyapatite) found in animal bones to pull the Fluoride molecules out of the water. This process can rid water of up to 90% of Fluoride. Although Fluoride is often a target of filtration systems it can also be desirable for its proven ability to reduce tooth decay. The issue here is how MUCH Fluoride is in the water. The American Dental Association (ADA) recommends 0.7 milligrams of Fluoride per liter of water. The Fluoride topic illustrates the importance of testing a particular source of water. Incidentally, reverse osmosis (RO) also removes up to 90% of Fluoride and can be combined with bone char to remove even more if necessary.

Granular Activated Carbon (GAC) specializes in taking Chlorine out of water but doesn’t work on Chloramines which just goes to show how specialized these processes are. Chlorine and Chloramine are related to one another, yet require different processes of removal. In the case of Chlorine GAC is very porous and as such catches Chlorine on its surface. When it comes to taking out Chloramines, however, the gold standard is something called catalytic Carbon which changes the chemical structure of the Chloramine in order to break it down.

For those concerned with targeting microorganisms, ultraviolet filters are the way to go. In contrast to the technical complexity of the processes of Granular Activated Carbon and catalytic Carbon, UV filters work relatively simply by making a hostile environment to many biological impurities.

For those for whom money is no object or who require meticulously purified water, Deionization (DI) renders water essentially contaminate free. DI replaces positive and negative ions of impurities with hydrogen and hydroxyl. In an over simplified “nutshell”, hydrogen and hydroxyl together equal extremely pure water. These sorts of systems are frequently saved for medical facilities and other such places requiring immaculate water, but are less common for use in homes.

In conclusion: What does a water purifier remove?

Potentially, quite a lot, if not nearly everything.

I hope that after taking a look at some of the issues surrounding contaminated water and the processes used to treat it, you have a better idea of how to proceed with your home water source. Again, definitely get that water tested to put your mind at ease and provide some direction for which kind of system to go with. And if all else fails and you still have doubts, kick back and have that extra beer!

Paige is a mom of three, researcher, enthusiastic DIYer, and lightning fast typer.